Guns N' Roses, often abbreviated as GNR, is an American hard rock band from Los Angeles, California, formed in 1985.
Their debut album, Appetite for Destruction (1987), reached number one on the Billboard 200 a year after its release, on the strength of "Sweet Child o' Mine", the band's only single to reach number one on the Billboard Hot 100.
The album has sold approximately 30 million copies worldwide. 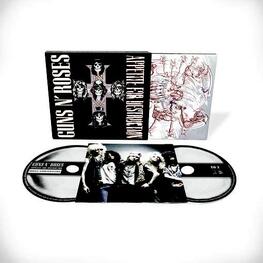