Armed with their 12th and arguably finest album to date, Amon Amarth are poised to return to full action with a bloody, broadsword-wielding vengeance. The release of The Great Heathen Army will kick-start another relentless global campaign, commencing with a co- headlining tour of Europe alongside Machine Head and fellow countrymen The Halo Effect. Still ruthlessly devoted to the ways of the warrior, Amon Amarth have Odin's wind in their sails like never before.
From their underground smash debut Once Sent From The Golden Hall (1998) onwards, Amon Amarth have been an unstoppable creative force. With a unique and unmistakable sound that combines the best of several epic strains of metal, the quintet have become renowned for their ageless anthems and explosive, theatrical live shows. Albums like 2008's widely acclaimed Twilight Of The Thunder God and 2016's conceptual triumph Jomsviking, the Swedes have been consistent standard bearers for heavy metal as a life-affirming and communal experience, armed with a seemingly endless stream of instant classic songs.
Now reaping the rewards of all those years of hard work, Amon Amarth are now regarded as one of the metal world's most vital and imperious live acts. From headlining festivals across Europe to claiming a place on Slayer's final tour of the US in 2019, they have honoured the adventurous ethos of their Viking forebears by taking their music anywhere and everywhere. 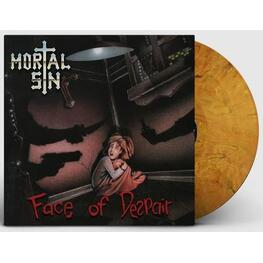