Coming from the small city of Grande Prairie, Alberta in Northern Canada, Arrival of Autumn started as a band with a mission to play music without compromise and carve their way through the music scene on their own terms. Since the band didn't come up in a big city scene with regular promoters, venues, and attendees this was a necessary strategy. The band had to learn how to make their own opportunities, and did this by putting on their own shows, playing the roll of booking agent, finding the venues to play, and promoting to every possible person in every possible way. This work ethic paid off, as every show was a lesson learned, and each new show came with a bigger audience than the last; more people were introduced to the band, and other bands from other cities began to take notice. Arrival of Autumn were able to impress Nuclear Blast A&R legend Monte Conner and show him the strength of their vision. The band started with humble roots, in a small city in the middle of nowhere. The whole time knowing it was never about where they came from, but where they had the drive and willingness to go. 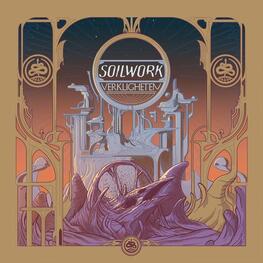