High-quality 180 gram 2xLP in heavy board 350gsm single pocket jacket.
Astronoid returns in full force. The astronomically-themed 'dream thrash' Boston four-piece twists through intense tremolo-picked galaxies, condensing soundscapes from a wide variety of artists - Alcest, Devin Townsend, deafheaven, Dragonforce, Lantl s, M83 - to a single and very unique core. With the massive success of debut full length "Air" and a few years on the road under their belt now, the band has meticulously crafted a follow-up in their self-titled sophomore "Astronoid" to cement their sound and carve out a new space that belongs entirely to them in the rock and metal pantheon.

The record considerably ups the ante on the band's previous material, taking their trademark soaring major key atmospheres to new dream-like heights while focusing their intense, galactic shredding into swirling nebulas of positive energy. The record proves their most accessible yet, showcasing instantly memorable melodies while maintaining the heavy metallic backbone which has ignited the ecstatic euphoria and commanded their critical acclaim since the beginning.

Whereas "Air" saw the band blasting off into space at full burn, "Astronoid" finds them carefully exploring the uncharted depths of the galaxy, floating amongst heavenly sights and sounds while languishing in the beauty and wonder of other worlds. While still utilizing explosions of speed when needed, this is a more contemplative iteration of the band's iconic formula, backing off the throttle to live in the moment.

In "Astronoid" lives a celebration of life painted across the wondrous canvas of the galaxy. 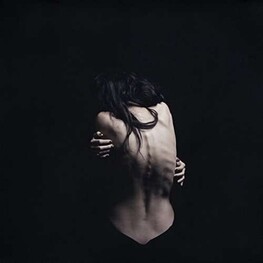