Following directly from the band?s first triumph in the UK ? a performance at the celebrated Sonisphere festival in Knebworth, England, where the likes of Led Zeppelin, Queen and Deep Purple had famously performed decades earlier, and winning over a vast field of 65,000 diehard metalheads in the process, BABYMETAL?s planned debut London headlining show was quickly upgraded from its original venue to the much bigger Forum in North London and sold out in a matter of hours. They returned to the UK for another sold out show in November, this time at the universally acclaimed Brixton Academy in London, performing one brand new song as an encore. 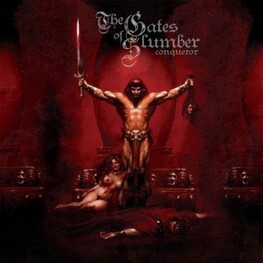 THE GATES OF SLUMBER - Conqueror (CD)