'If you like your metal passionate, heaving with ideas and rich in substance, then Barren Earth are a band you need in your life.' Zero Tolerance

With a wealth of experience from internationally renowned acts; from former members of Finnish metallers Amorphis, to members of Swallow the Sun, Moonsorrow and Kreator; Barren Earth concocted some progressive and folk-textured death/doom magic of the highest order on their stunning 2010 debut album on Peaceville Records. Entitled ?Curse of the Red River?, the album combined the best elements of soaring metal, prog, and more obscure psychedelic rock ? from Opeth to Pink Floyd, and Paradise Lost to Jethro Tull & was released to universal praise.

The ?Curse of the Red River? recording session took place at Seawolf Studios, Helsinki (Ghost Brigade), in Summer 2009 with mixing carried out by the prolific Dan Swanö at Unisound in Sweden (Katatonia, Opeth), who at the time commented: "One of the best albums I have ever had the privilege to mix. The album is THAT good!!'. The artwork comes courtesy of Travis Smith (Opeth, Katatonia, Bloodbath).

'This collective has the talent of Opeth and they are not ashamed to show this influence? a new super band has been born' Lords of Metal

'Barren Earth challenged themselves and the metal scene. They created a masterpiece, earthshaking for every progressive and technical metal fan. With such an entrance, you are rarely forgotten!' Reflections of Darkness 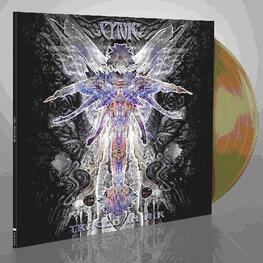