In 2011, New Zealand's Beastwars released their self-titled debut to critical acclaim and in doing so transformed New Zealand's music scene.
Landing at No. 15 on the national charts, the band found themselves shortlisted for the Taite Music Prize and was twice nominated at the 2011 New Zealand Music Awards, winning Best Album Artwork via Nick Keller's otherworldly landscapes.

"Kiwi sludge outfit Beastwars are the best metal act in the southern hemisphere right now, and are probably another solid album shy of ascending to the worldwide echelon" - Fasterlouder. 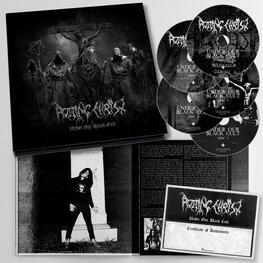