Blind Guardian - A Night At The Opera (Remixed & Remastered) - Active since 1984, Blind Guardian is one of the most influential & revered bands in the metal genre. Nuclear Blast is excited to release 3 of the bandÆs classic albums on vinyl, remixed and remastered as well as bonus content. - A Night at the Opera is a 2002 album by the German power metal band Blind Guardian. It is named after the 1975 Queen album of the same name, which is itself named after the Marx brothers film of the same name. - This album continues a stylistic change from power metal into a more progressive sound, with multiple overlaid vocals, choirs, orchestral keys and guitar leads and less emphasis on powerful guitar riffs and heavy rhythms. As a result, drummer Thomas Stauch would leave the group, citing dissatisfaction with the direction the group was going in. 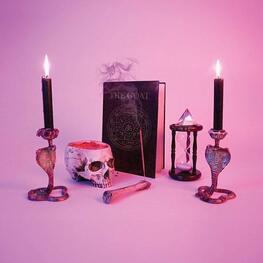 BLIND GUARDIAN - Imaginations From The Other Side (2lp Orange) (LP)