Fresh from a run of successful albums and tours with The Pineapple Thief, multi-instrumentalist, songwriter and frontman Bruce Soord began recording his second solo album in April 2019; and in a rich vein of creativity he produced a fine successor to 2016 eponymous debut Bruce Soord. The new album, ?All This Will Be Yours?, builds on Soord's momentum gained by TPT's multiple headline Europe and UK tours in support of 2018 UK #1 Rock album ?Dissolution? and 2016 summer hit album ?Your Wilderness?. ?Dissolution? also reached #22 in the German album chart, #4 in the Netherlands Platomania album chart and #14 in the Finland album chart. A prolific musician, Soord has also previously collaborated with Katatonia?s Jonas Renkse on fan-favourite album ?Wisdom of Crowds? and produced 5.1 mixes for the likes of Katatonia, Opeth & Anathema.

Taking elements from the recent musical developments with The Pineapple Thief, as well as an ambition to experiment with his own sound, ?All This Will Be Yours? is an album of acoustic and personal vision from Bruce Soord. Described by Soord as an observational record, it is inspired by the joy felt by the birth of his third child juxtaposed by the local deprivation in his hometown. Whilst on walks in Yeovil, Bruce took field recordings as he witnessed the ?incarcerated souls? shuffling to local drug den ?number 158?, the screaming children on their commute to school, the incessant sounds of sirens, and an old man singing as he walked past his house.

The sound of ?All This Will Be Yours? features modern production elements, as well as acoustic guitars delicately layered with samples. Ever present are Soord's familiar vocals, which deliver an emotive and accessible view into his contrasting feelings when writing about austerity whilst his tranquil new-born dozed in the studio. The audio has been recorded as two continuous linear pieces to replicate the pleasure of listening to an album on vinyl and was mastered by fellow The Pineapple Thief member Steve Kitch.

This LP edition of ?All This Wil Be Yours? is presented on 180gm heavyweight vinyl in single sleeve packaging complete with a printed inner bag.

Press for Bruce Soord:
?He?s created something remarkable' Classic Rock
'A journey that would please fans of Floyd and Steven Wilson? Total Guitar
?Soord has genuinely created something truly outstanding? Prog
'Deceptively simple, emotionally rich, this album shows Soord at the peak of his powers? Echoes and Dust 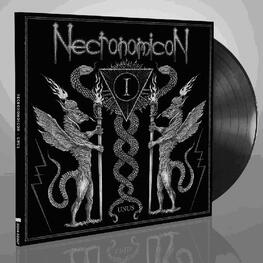