Circles are set to circumnavigate and conquer the world with their brand new record The Last One, their best yet in-hand. In sync with their monumental sophomore album release, Circles will be joining UK progressive metal juggernaut TesseracT on
their Australian Tour in September 2018 as special guests. Soon after, Circles will jet off on their momentous return to Europe, touring across the continent with fellow Australian progressive rock trailblazers Caligula's Horse between October- November 2018, while also appearing at prominent festivals such as Euroblast and ProgPower Europe. 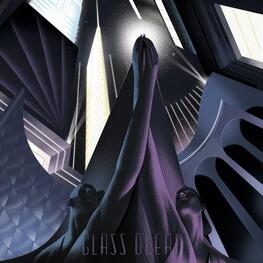 GLASS OCEAN - The Remnants Of Losing Yourself In Someone Else (CD)