It's all in the name - and that's especially true for Norwegian black-thrash
hopefuls Condor. The three-piece from Kolbotn, the town where nowadays
Gylve Fenris Nagell serves as a Councilman, started out in 2009, with the
aim to play classic black thrash in the veins of Aura Noir, Darkthrone,
Death, Obliteration, Bathory and many other classic death/black/thrash
bands. Since then, Condor have not only made themselves a name as part
of the Kolbotn thrashers union, but also carved out their own sound niche,
which, albeit having a very black vibe, leans more towards the thrash side
of things. That is also true for their new album, aptly named "Unstoppable
Power", and guitarist Magnus explains why: "I think we had more of a black
metal vibe when we started out, and now it's really just the vocals that
sound like black metal. If people hear this new record without having
listened to Condor before, it will definitely sound like thrash to them."
Condor's second full-length album was recorded in early February 2016 at
Berserker Ninja Studios in Eidsvoll, Norway. The band recorded together
with Salvador Armijo (of Black Viper-fame), and Tom Erik Hansen. Mixing
was done by the band, with the help of Tom Erik. "A huge thanks to both
Salvador and Tom Erik!!" adds Magnus before he tells us who is
responsible for the sick cover artwork: "The album artwork was done by the
master of fukked up art himself: ROK from Sadistik Exekution!"And in the
end, Magnus has a last important detail to share about "Unstoppable
Power":"The title is actually NOT inspired by Agent Steel's 'Unstoppable
Force!'" Remember that! 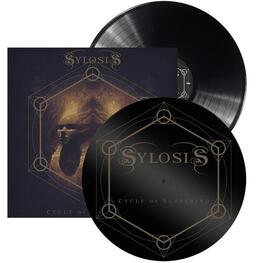