THE 2010 STUDIO OPUS FEATURING 11 SONIC NIGHTMARES FROM THE UK's SUPREME EXPONENTS OF BLISTERING METAL DARKNESS. PRESENTED ON DOUBLE GATEFOLD VINYL. Darkly, Darkly, Venus Aversa was the band s ninth studio album; a gothic horror themed slay-ride of fervour and perversion. Set amidst the orchestral melodrama and lush, cinematic production, there sits stalwart a ravening beast of furious riffing, flesh ripping vocals and monstrous, unstoppable percussion. Described by Cradle's infamous frontman Dani Filth as "without doubt the fastest and most brutal album we've created to date." Grammy-nominated Cradle Of Filth have been pioneers of extreme music since their debut in 1994 and have continued to evolve with each of their subsequent releases. Unafraid of ruffling a few feathers, the band have continually refused to bow to convention or to conform to prevalent trends and fads. Yet despite this uncompromising stance, the band are still the most successful British heavy metal band since Iron Maiden, with legions of fans around the globe. This edition of Darkly, Darkly, Venus Aversa is presented on double black vinyl with gatefold sleeve. 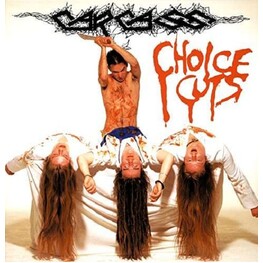