Limited Edition 2LP Picture Disc Vinyl, Including 2 Extra Tracks!
Unquestionably one of the greatest and most influential British metal bands of all time, Cradle Of Filth have cast a commanding and macabre shadow across the metal scene for nearly a quarter of a century. Armed with their trademark, cross-pollinated assault, that taps into myriad strands of sonic extremity and morbid opulence, they have steadily conquered the entire world, unleashing a malevolent slew of classic albums along the way.
From the raw and rambunctious savagery of their 1994 debut 'The Principle Of Evil Made Flesh' to the wickedly monstrous, technicolour bombast of 2012's 'The Manticore & Other Horrors,' the Cradle ethos and aesthetic has had a huge impact on the evolution of metal, the band's insatiable appetite for performing live and front man Dani Filth's unerring charisma and sense of occasion ensuring that they have established a powerful and enduring connection with Hell-bound acolytes everywhere.
'Hammer Of The Witches' is arguably the most focused, absorbing and fearless album the band have ever produced, as fresh blood and a renewed sense of purpose collide in a shower of bloody sparks! 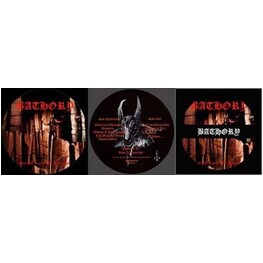