2006 German double vinyl from the world's biggest and most extreme metal band! Thornography, the band's seventh full-length studio album and their second for Roadrunner., comes on the heels of 2004's widely acclaimed and Grammy nominated meisterwerk Nymphetamine. Thornographyis a scintillating and terrifying collision between the familiar and the unexpected. It's the dark, destructive and unsettling sound of a globe-conquering Heavy Metal band at the height of their sick, twisted powers, and the continuation of a proud, priapic and unhinged legacy that stretches back nigh on 15 years. It features the Louder, harder, faster, heavier, darker, catchier - the unstoppable force that is Cradle of Filth slithers menacingly forward, crushing the opposition and striking warped, blackened glee into the hearts of misanthropes and malevolents the world over. The nightmare continues may we never wake up! Roadrunner. 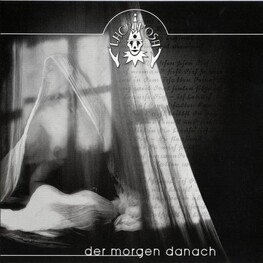