The shambling, filth-caked monster known as Crypt, a monster that seemed to appear fully formed, bursting into the arena of Australian Metal like the jump-scare from one of the horror films that the band drew so deeply from.

The Excruciating Agony cassette was a calling card to be reckoned with. Raw and punishing, with Grant’s apocalyptic, rockslide vocals immediately grabbing the listener by the hair and pulling us through morbid tales of sacrifice, resurrection and vengeance.

The self titled Crypt EP plunges further into the mist, widening the scope of atrocity beyond its graveyard origins into something that feels like a panic-ridden, rain-soaked slasher pursuit. It’s the sound of running footsteps in empty, freezing midnight lanes.

El-Niño was an evolutionary leap forward. Tighter, more focused, like a cruel machine. The skin rotting away from the bone, leaving the grinning, eternal skull. Its teeth snapping as it creeps closer.  Its cold grip and its glaring, reddened eyes. No escape, no release from these delicious terrors. 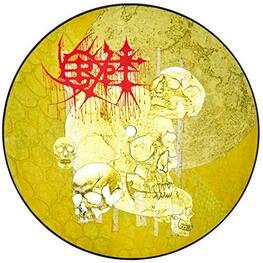