Blue Vinyl + Poster.
"Infernal Overkill", the debut album by German thrash metal legend
Destruction, was originally released in 1985. On their first full-length effort,
Destruction had refined their style, trading most of the heavy metal
influences for even more speed, heaviness and ferocity - the development
of a band that would later become one of Germany's most important
extreme metal exports."Infernal Overkill" is rightfully counted as one of the
most important releases from the early days of Teutonic Thrash. Moreover,
the album is a true representation of its time, transporting the tension and
aggressiveness of the original mid-80's-vibe. It was a true game changer
for Destruction. Also, "Infernal Overkill" was the first release to sport the
legendary logo and the now-infamous skull. Still loved deeply from every
fan's black heart, 'Infernal Overkill' is one of the most successful albums
Destruction have ever made. Infernal Overkill" brings the original 1985
sound back to vinyl. 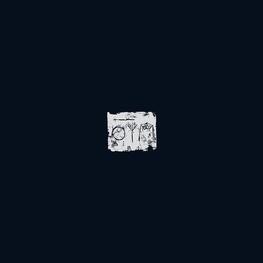