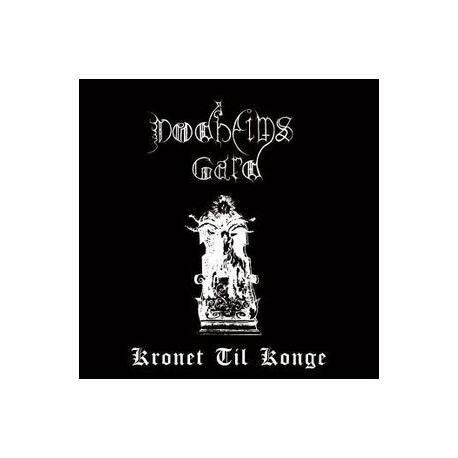 To fans of black metal, Dødheimsgard need no introduction, being as they are one of the great purveyors of the Norwegian Black Metal creative evolution. The band was formed in 1994 by Aldrahn (Thorns, The Deathtrip) and Vicotnik (Ved Buens Ende). The early incarnation was that of a raw and at times melodic black metal band, with their debut album also featuring Darkthrone?s Fenriz on bass.

Over time Dødheimsgard became known as one of the premier avant-garde black metal acts after a stylistic shift away from their more old-school origins, as displayed on the band?s mighty 2015 album, ?A Umbra Omega?.

This mid-price CD edition of the classic and highly regarded ?Kronet Til Konge? is presented in jewel-case packaging and features an OBI card. It also includes an 8-page booklet, which features unseen photographs and liner notes from all 3 performers, sharing their memories of the band's formation and early history.