One of the early producers in the retrosynth scene, Denmark's Dynatron has been hailed as one of the most
consistent composers in the scene for his pulsating and lofty atmospheres. Herein lies the first ever physical pressing of his
early EP's collected together, "The Legacy Collection, Vol. I", featuring the "Throttle UP' and "Flashbacks" EP's, as well as the "Cosmo Black" single. Together, they showcase Dynatron's well-honed electro sensibilities amped up with searing metal guitar leads.

Releasing his first tracks in the mid-2012 to great acclaim, he soon featured on a track on Perturbator's "I Am the Night," as well as in the indie thriller film "Cold in July." Two albums and three EPs later, Dynatron is one of the most well-respected artists in the retro scene, composing darksynth from a completely different angle than the rest of the known producers.

Influenced heavily by more ethereal masters - such as Jean-Michel Jarre and Vangelis - Dynatron's sense of
darkness isn't from the exploration of the human mind nor the pits of hell, but rather from the wonder and
despair of eternal space exploration. 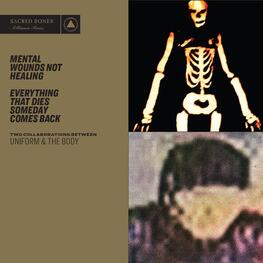