Hibernaculum is a very special CD & DVD package release from avant-experimental drone innovators Earth.
The CD consists of 3 old Earth classics redone in a different, stark and clean tone, plus a 4th track "A Plague Of Angels" which was previously only available on a rare tour only split 12" with SUNN0))).
The DVD is a Earth documentary filmed by Seldon Hunt (art and design for SUNN0))), Isis, Boris etc), it features many interviews with Dylan Carlson and live footage from the groups 2006 European tour, It is the first time ever that footage of Dylan Carlson and Earth have been released since the resurrection of the group, A detailed insight into the process of the band as well as candid, intimate conversations were captured on film.
Earth influenced and inspired many musicians/bands including: Kurt Cobain, Melvins, Mogwai and Isis.
Earth have previously released 4 legendary, highly regarded albums on Sub Pop. 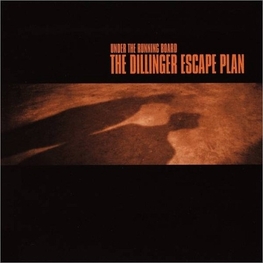