Last year Century Media Records welcomed the mysterious producer known as GosT, who embodies the character of Baalberith on his propulsive synthwave solo project that is channeling his fascination with the occult, John Carpenter and 80s slasher flicks.

As a teenager he played in metal bands, but eventually drifted toward electronic music which would later become the foundation of his powerful synthwave/retrowave sound. With its haunting atmospherics and aesthetics influenced by the blackest corners of the metal world his music quickly garnered GosT a loyal following within the rock and metal community worldwide. Apart from playing his own headlining tours in Europe and North America he used the interest from his growing fan base to hit the road with the likes of diverse acts such as Carpenter Brut, Pallbearer, Black Dahlia Murder, Power Trip, Khemmis, Havok or Skeletal Remains. Right in time for the upcoming tour supporting Pertubator throughout the US Century Media Records will make the classic "Skull" available on vinyl including two new tracks, "She Lives in Red Light" and "The Call of the Faithful", forming "Skull 2019". Coinciding with the first live performances as GosT and the introduction of Baalberith, "Skull" marked the true beginning of GosT in his current shape. HIGH ON FIRE - Art Of Self Defense, The (CD) 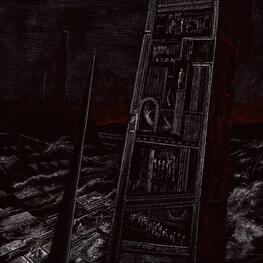