Matt Pike might be the most metal person alive, His dogmatic refusal to kowtow to trends is unparalleled for a relative young'un, He was stoner before stoner was cool (for the second time) with Sleep, and with High On Fire, he adds a speedy dimension, yet retains that doomsaying guitar tone that's thicker than a sumo wrestler's ankles, showing that going somewhere fast beats going nowhere slow more often than not, On sophomore release Surrounded By Thieves, the first, second, and third thing you hear is his guitar, a solidly packed continuous riff that sounds like Mot rhead's bass chug, It is relentless, even when Pike solos, which then allows the band to mimic Saint Vitus on amphetamines, All eight songs sprawl on for several minutes at a time, each one an epic that rolls like sinister thunder across the landscape; storm coming, you better hide, There's not much variation on Surrounded; the whole disc pretty much locks in at 11, grabs your jugular, and refuses to let go, but when you get locked into a groove this good, who needs variety anyway? 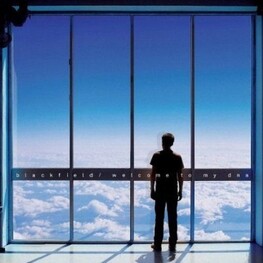