Limited black and blue colored vinyl LP pressing. Founded in 1991 Immortal has often been the bench mark when it comes to quality extreme metal. The Norwegian natives released their debut album ôDiabolical Fullmoon Mysticismö in 1992. Since then they have released eight full length releases, the last three, ôAll Shall Fallö (2009), ôSons of Northern Darknessö (2002), and most recently ôNorthern Chaos Godsö (2018) were released on Nuclear Blast. 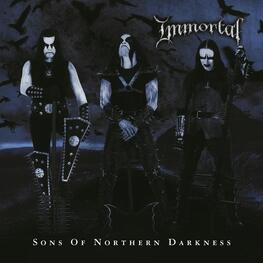