The music of ISIS is a suitable metaphor for their twelve-year career: patient, meticulous, fraught with tension and gradually building towards an apex of seismic proportions, From the hypnotically bludgeoning down-tuned riffs of their early years to the gracefully sprawling passages on their pivotal sophomore album Oceanic and continuing through the intricate rhythmic textures and increased melody of 2006's In The Absence of Truth, ISIS have successfully navigated the process of growing and evolving without disavowing their initial vision, Rare is the record that finds the individual players as compelling as the sum of their parts, and ISIS has achieved just that, While the monolithic guitars of Aaron Turner and Michael Gallagher remain a primary fixture in the ISIS soundscape, the dueling instrumentalists continue to develop and expand upon their interplay, Together they evoke the emotional range of Wagner: brooding, triumphant, vengeful, and morose, Aaron Turner's vocals are more prominent than ever, But in keeping with the egalitarian nature of their art, the vocals continue to serve as flourishes rather than a focal point, Clifford Meyer's multi-instrumentation duties play a stronger role this time around as well, His atmospheric textures are still present, but he unlocks new horizons for the band with Fender Rhodes, electric organ, and the occasional psychedelic guitar lead, Jeff CSeaxide's bass playing still covers a broad spectrum, from providing melodic counterpoints to the guitars to conjuring Peter Hook's chorused bass leads, Wavering Radiant finally gives Caxide his due, allowing his various approaches to further accentuate the music's shifting moods while anchoring the melodies into the formidable rhythm section, And here drummer Aaron Harris once again shows his expansive depth in technique and ability, From esoteric tabla passages to authoritative syncopated punctuations, Harris transcends the basic metronomic function of the drum set to imbue the percussive element of the band with a heightened sense of drama and power, Wavering Radiant finds every component of the ISIS armory coming into equal play.

Grandiose without being over-indulgent, epic without compromising focus, ISIS have resurrected the art of prioritizing the album over the individual songs, Wavering Radiant, though divided into seven pieces, is essentially one composition, It's difficult to listen to the record without feeling the ghost of an era in rock music where musicians weren't afraid to take chances, weren't concerned with pandering to short attention spans, and weren't compelled compact their material into a radio-friendly format, With producer Joe Barresi (Queens of the Stone Age, Melvins, Enslaved) behind the boards, the recording displays a sonic range and tonal depth in perfect step with the broad range of the band's capabilities, This is an audiophile's dream: rich in headphone candy, goose-bump inducing in its crescendos, majestic in its beauty, humbling in its devastating power, If radio still exists in 30 years, Wavering Radiant is the kind of record that obsessive DJs will play in its entirety during their graveyard shifts, But the huddled mass of ISIS enthusiasts are already celebrating its arrival. 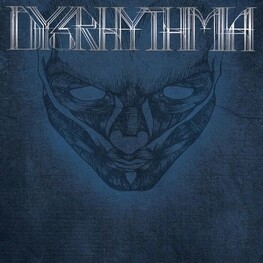