Deluxe 180 gram red vinyl LP pressing in gatefold sleeve. Sad Wings of Destiny was the second album by the British Heavy Metallers, originally released in 1976. The cover art for the album, titled Fallen Angels, was illustrated by Patrick Woodroffe. Sad Wings of Destiny was the band's final studio record made while under contract with Gull Records, an independent UK company. Despite critical acclaim, the band was struggling financially due to lack of support from the label. Shortly after changing management, the band severed their ties with Gull and signed with Columbia Records. 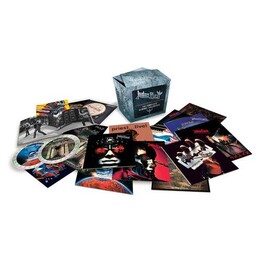