The breakthrough Katatonia album from 2003 remixed and revamped, including bonus tracks.

Katatonia was formed in 1991 by Anders Nyström and Jonas Renkse. Their debut album, 'Dance of December Souls', was released in 1993, gaining the band recognition for their eclectic brand of gothic doom/death metal & joining acts such as Paradise Lot & My Dying Bride as one of the genre's defining bands.

'Viva Emptiness' was Katatonia's sixth studio album & is considered among the band's strongest works; a step up even over the seemingly insurmountable greatness of previous release, 'Last Fair Deal gone Down'. The album was recorded at the famous Soundtrade Studios (part of the 301 group) in Stockholm in October/November 2002 & released the following year; further refining Katatonia's unique & poignant brand of melodic dark rock & metal .

This edition of 'Viva Emptiness' was originally released in 2013 to mark the album's ten year anniversary, and contains the following additions & improvements:

-The whole album revamped ? with all keyboard sounds updated plus brand new keyboard arrangements on many songs. -The whole album entirely remixed -"Inside The City of Glass" with additional vocals (originally intended for inclusion back in 2003) - The b-song "Wait Outside" is now included on the album - New cover and back cover art work courtesy of Travis smith (featuring a continuation of the original album theme) 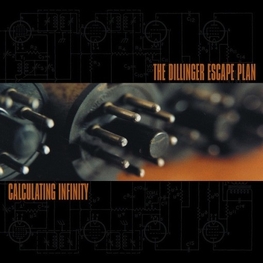