Klone, known for their trademark dark guitar tones and epic brooding
soundscapes, are releasing their first album for ground-breaking UK label
Kscope this year, entitled Le Grand Voyage, which follows the release of
acoustic album Unplugged. The experimental progressive rock / metal
group have built themselves an international fanbase as a result of acclaim
within the music press and excellent live shows across Europe, Australia and
the US. They have supported the likes of Gojira, Devin Townsend Project
and Anneke Van Giersbergen, and have some exciting touring booked
this summer, including performances on Mainstage 2 at Hellfest Open Air
(FR), Festival Le Lavoir Electrique (FR), Into the Grave Metal Fest (NL) and
Euroblast Festival (DE).
Le Grand Voyage is a dynamic album of intense, cinematic journeys that
explore nine unique landscapes, switching between dark, luminous, heavy
and powerful sounds. It is inspired by duality: earthly and spiritual journeys,
life and death, resilience and relenting, love and animosity - human nature
and all its paradoxes. The ethereal atmospheres combined with riffs that
recall 2012 album The Dreamer's Hideaway, and creates a natural evolution
from 2015's Here Comes the Sun, evident in new songs "Sealed", "Silver
Gate" and "Hidden Passenger".
The album was mixed by Francis Castes from the Sainte Marthe studio
in Paris, and the drums were recorded by Morgan Berthet (Myrath),
which has resulted in a remarkably massive and airy sound. The artwork
by Francesco Dell'Orto partners the music with a striking and detached
viewpoint between two worlds as similar as they are different, putting into
perspective what surrounds us. 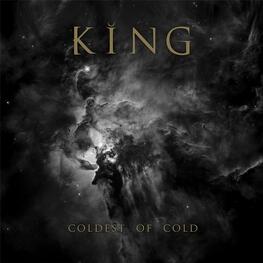