Living Death were formed in 1981 by the Kelch brothers, Reiner on guitar
and Dieter on bass. In the early days, Eric was standing in on drums. The
line-up was completed by Frank Fricke on second guitar and Thorsten
"Toto" Bergmann behind the microphone. His extremely shrill voice was the
main reason why it was hard for the mainstream public to relate to Living
Death. In 1983, the band recorded a three-track demo resulting in a deal
with the Belgian indie label Mausoleum Records. Their debut album
"Vengeance of Hell" was released a year later and suffered from a very
tinny production (as a result the album was re-mixed and re-issued in 1985
- with slightly better results). However, it was the raw sound that made
Living Death attract a very dedicated hard core of fans (mainly in their home
country of Germany). 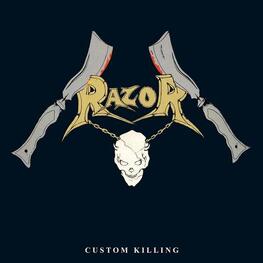