Black Sabbath, Motorhead, Iron Maiden: Britain is an isle that has long been steeped in heavy metal heritage but when was the last time it produced an act that showed the genuine potential to bother the biggest names in world metal? The answer to this conundrum has arrived in the shape of MALEFICE, Their monstrous debut album 'Entities' was a punishing, brutal assault to the system, Crossing the boundaries of thrash, death and mathcore, 'Entities' specialized in the same power groove that saw Pantera and Lamb Of God rise to legendary status in the field.
Arriving with nothing in the way of fancy haircuts, cheesy gimmicks or music industry hype, MALEFICE are a band that captured the minds and banged the heads of every metalhead that missed metal in its purest, most uncompromising form; brutal, tuneful and heavy as hell, After sharing the stage with some of the most esteemed names in modern metal (Sepultura, DevilDriver and Morbid Angel to name but a few) and earning universal praise for their festival-stealing slot at Download 2008, MALEFICE have earned the reputation as one of Europe's elite metal talents and that reputation was augmented still further following the release of their punishing album 'Dawn of Reprisal' on the illustrious Metal Blade label. 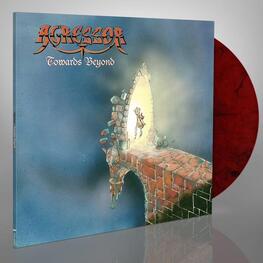