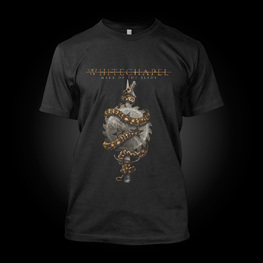 MARK OF THE BLADE T-SHIRT (BLACK)

"The theme of 'Mark of the Blade' is a celebration of Whitechapel being together for ten years and the fans that support us no matter what," states vocalist Phil Bozeman, and after just one exposure to the record's 11 riveting tracks, a more fitting tribute is unimaginable. Pushing their sound forward with each successive release, the sextet have never allowed anyone outside of their ranks to dictate or influence the music they write.
Mark of the Blade sees them remain true to their roots while making their most dramatic progression to date, the emphasis falling more on groove than blastbeat-driven death metal violence, as well as venturing into previously unexplored territory, both sonically and lyrically.

"It's the most dynamic record we've done, in the sense that one song can be very aggressive while the next one will be softer and sentimental," guitarist Alex Wade asserts. "I think it's great that we have opened up our sound to just write and play whatever we think sounds good. If it's soft and has clean singing who cares as long as it's a good song? I would rather do that than be closed-minded and stick to only the 'extreme' side of metal." 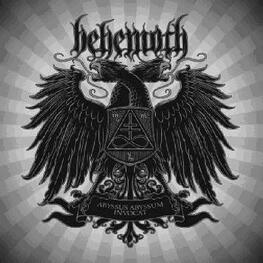