The iconic fifth album Houdini by the Melvins captures the band's power, vision, and musical strangeness. It's an essential '90s release, combining elements of grunge with hard rock and sludge metal. Their biggest commercially success and first major label release is an album where they displaying the full width of their musical abilities.

Buzz Osbourne's guitar sound is deep and heavy and combined with Dale Crover's powerful drum rolls and fills it sounds really impressive. Kurt Cobain (Nirvana) added his guitar skills to the track "Sky Pup" and can be heard as a percussionist on "Spread Eagle Beagle". It's one of the most accessible Melvins albums and the gateway to explore more records by the band. Houdini is the ultimate Melvins classic and a must-have for every grunge and music fan in general. 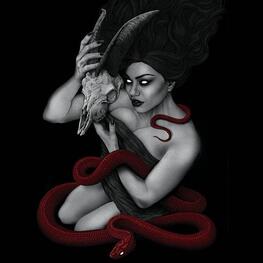