With acts such as Hellhammer/Celtic Frost and Coroner but also more
obscure outfits such as Fear Of God, Excruciation or Infected Switzerland
has always been a fertile breeding ground for Extreme Metal. Messiah were
formed in 1984 and issued two truly ground breaking records on Chainsaw
Murder Records, "Hymn To Abramelin" in 1986 and "Extreme Cold
Weather" a year later. In the early 1990s Messiah signed to Karl
Walterbach's Noise Records label and issued three more full-length albums:
"Choir Of Horrors" (1991), "Rotten Perish" (1992) and "Underground"
(1994). The songwriting for the new album after 26 years in 2020 called
"Fracmont" (the ancient name of mount Pilatus near Luzern in Switzerland)
was according to guitarist Br gi a very open process: "We had no master
plan about the musical direction of the album whatsoever. But this is the
usual approach of Messiah. We just play what we like and have no
preconceptions about which way to go musically. We all have changed over
the years. This may sound too simple but "Fracmont" represents Messiah in
the here and now. Regarding style, I can only speak for myself, but I still
love the bands of my youth. I just play what I like, I don't copy any current
trends. On the other hand, I don't want to become a parody of my younger
self also." 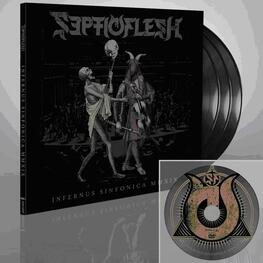