Mork was created by Thomas Eriksen in 2004 & was primarily a side-project from inception until the debut album, ?Isebakke?, in 2013. Since then the band has rightly earned their accolade as one of the top Norwegian black metal acts of recent years, receiving strong endorsements from their peers, as well as notable guest appearances from members of Darkthrone, Dimmu Borgir & 1349 on studio releases.

Now, following on from their 2017 debut for Peaceville Records, ?Eremittens Dal?, which firmly established the band as serious contenders in the scene, Mork returns with a continuation of dark, spell-binding, yet ever evolving black metal in the shape of ?Det Svarte Juv?. Cold and atmospheric, raw and haunting, this new opus marks a new highpoint for the band with a journey through ten unhallowed soundscapes, covering classic black metal, black and roll, doom, & a large dose of melancholy, as well as recalling masters of the genre such as Darkthrone & Burzum.

Conceived during a period of personal dark tribulations, & including themes of deep hate & anger, but also strength & self-belief, ?Det Svarte Juv? was recorded and performed by Eriksen, & once again mastered by Jack Control at Enormous Door (Darkthrone). 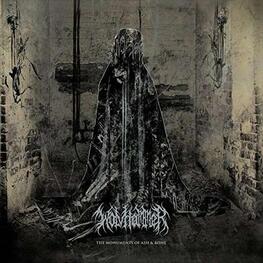