Emerging from the Australian metal underground in the latter part of the '80s after forming in 1985, Mortal Sin quickly found global fame when their self-released debut LP 'Mayhemic Destruction' was picked up by major label Vertigo and reissued globally in 1987.

Featuring early classics like 'Lebanon' and 'Blood, Death, Hatred', the album proved to be a pivotal release in the burgeoning Thrash Metal scene of the time, and gained glowing reviews across the board, including Kerrang! who described Mortal Sin as 'potentially the next Big Thing' and in Metal Forces who awarded the record a 99/100 review.

Mortal Sin remained sporadically active up until 2012. This reissue has the full co-operation of the band. 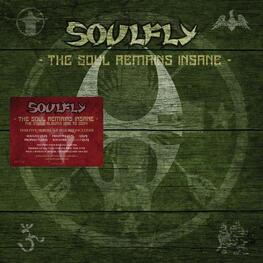