MY DYING BRIDE - For Lies I Sire (CD)

MY DYING BRIDE - For Lies I Sire (CD)

My Dying Bride have been the leading light of doom metal since their debut album ?As The Flower Withers? was released on Peaceville Records back in 1992. Influenced by acts such as Celtic Frost and Candlemass, the band?s heavy atmospherics have carved a huge worldwide following over the years and they remain at the pinnacle of the genre and one of the most instantly distinguishable metal bands.

?For Lies I Sire?, My Dying Bride?s tenth studio album, consists of 9 songs of crushing doom, recorded and mixed at Futureworks in Manchester, UK, with long-time producer Mags throughout the second half of 2008. It was the band?s first album since they re-signed to long-time home Peaceville Records, and became another quality addition to the MDB catalogue, such is the scope of this journey into the depths of despair.

Featuring some seriously heavy-as-hell sombre doom, ?For Lies I Sire? wades effortlessly and poetically through tales of darkness and gloom, this time textured with the much-anticipated return of the often-missed violin. This mid-price CD edition of ?For Lies I Sire? is released prior to the band's impending new studio album via Nuclear Blast Records and is presented in jewel case packaging complete with a 12-page booklet. 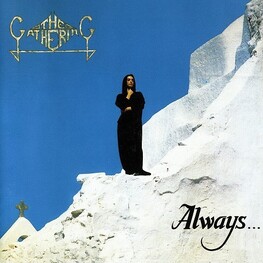 MY DYING BRIDE - A Line Of Deathless Kings (CD)