Expanding the thematic foci of the band, their self-created language this time peels back the layers surrounding the nature of reality while trying to comprehend the truth of an ambiguous and ominous "cube".

The album opens with a solemn funeral dirge - for a character, for mankind, or perhaps for sanity and reality. Oozing with beauty and melancholic doom, the album gives way to bell-like organs before drums build to an assault. The album shifts rapidly from haunting laments to utter desperation and unhinged mania as the 78-minute journey spirals deeper and deeper into the maze of enigma.

There is no equal in the realm of Oxxo, a band that constantly evolves in real-time. This is an artistic unit that has no competitors, and its inspirations seem to burst forth from its own well-spring of curious audio and visual dimensions.

Four years on from the release of the band's heralded "Namidae", and four further years yet from their amazing debut "Reveurt", "Y" proves their deepest, most insane, and most gripping album yet. 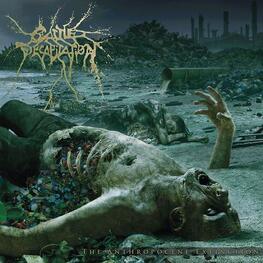