ROTTING CHRIST finally release their first official live album!
It is nothing but appropriate that a band with a 28 year success story, 11 studio albums, and more than 1,200 shows under their belts celebrate this event with a triple album.

'Lucifer Over Athens' was recorded in the Greeks' hometown in front of a crowd going wild in December 2013.
This striking testimony of the veterans' massive prowess on stage marks a high point in the career of ROTTING CHRIST.
With a stable and strong line-up, band leader Sakis confidently marches his phalanx not only to conquer the live audience but also to capture the listener with 'Lucifer Over Athens'.
This grandiose show of force is supported by a gigantic barrage of classics and fan favourites to grace a carefully selected setlist.

The Greeks also worked extremely hard on recording and preserving the atmosphere and live sound of the concert for this document.
'Lucifer Over Athens' really comes as a gift that the band made to themselves and to the multitude of ROTTING CHRIST supporters around the globe. 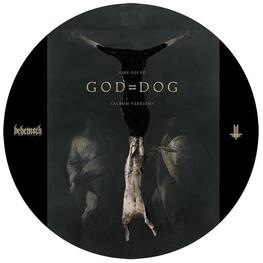