ESSENTIAL VINYL SERIES FROM THE GREEK BLACK METAL LEGENDS CONTINUES WITH THE CLASSIC 1994
ALBUM NON SERVIAM
Greek black metal legends Rotting Christ formed in 1988, with their early demo recordings containing strong grindcore
elements as the band quickly evolved their style into something altogether darker. Spearheaded by brothers Sakis &
Themis Tolis, Rotting Christ have remained one of the strongest and most respected forces in the black metal scene
since their debut release ?Passage of Arcturo?. Their legacy towards greatness was cemented even further by 'Non
Serviam', the follow-up album to ?Thy Mighty Contract?, helping to firmly establish the Greek scene as being among the
most essential black metal movements of the early 90?s.
'Non Serviam' (which in Latin means, 'I Will Not Serve') was Rotting Christ?s second full-length album originally
released in 1994. It saw the band progress further with their dark occult atmospherics & highly distinguishable style, while
retaining their core black metal brutality. With a clear distinction between their sound and what was appearing in
Scandinavia at the time, Rotting Christ were highly influential & revered for forging their own sound while retaining the
rawness of the old-school masters such as Celtic Frost and Venom.
On the build up to Rotting Christ?s 30th anniversary, Peaceville are releasing a commemorative vinyl series of classic
records from Rotting Christ. Sakis comments:
'We are truly honoured to present our early works on Peaceville, as we approach 30 years of Rotting Christ. These
releases will cover the whole early years of the band, & the evolution of our eternal black abyssic cult. Support!'
'Non Serviam' will be released by Peaceville pressed on black vinyl presented in single packaging on 2nd June 2017 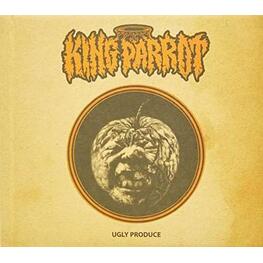 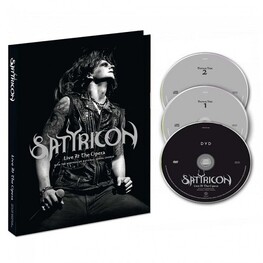 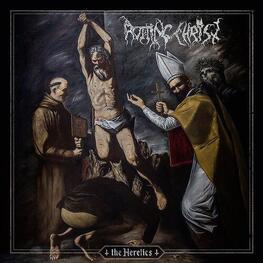