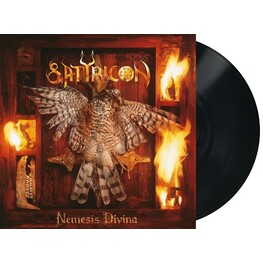 To herald the 20th anniversary of this most illustrious piece of dark art, Nemesis Divina will be re-released via Napalm Records, newly remastered by Satyr himself, and boasts upgraded and revamped packaging, worthy of an album that has had a huge and enduring impact on both the black metal scene and underground heavy music in general.

Satyricon will then embark on a series of exclusive one-off shows, performing the record in full for the first and only time.
"It's not what we do and it won't happen again!" avows frontman and creative mastermind Satyr. "This band, as you know, is definitely not retrospective. But we started playing live in 1996. Our most groundbreaking milestone record came out in 1996. It's the only one that we still play several songs from in our set to this day... so if we're ever going to do a reissue, do anniversary shows, and make it a big deal, it's gonna be 'Nemesis Divina', and it has to be now."

"The most significant and creatively vital album in Norwegian Black Metal! An exclusive high-class re-issue, mastered by legendary Satyr himself!"

When Satyricon released their third album in 1996, their status as one of the most significant and creatively vital bands in Norwegian black metal was already beyond dispute, but Nemesis Divina was no ordinary record or just another step along the road to infamy. From its uniquely vibrant and impactful artwork, which broke every supposed rule in the black metal handbook with its vivid colours and refined aesthetic core, to the supremely confident and idiosyncratic songs and individual performances that heralded a newfound sophistication and a freshly incisive vision, Nemesis Divina almost single-handedly took black metal from its voluntarily shadowy and obscure origins into the glaring spotlight of the international metal scene. It showcased a band that finally had the skill and the musical intuition to back up the undeniable potency of their artistic vision. Sonically devastating and compositionally meticulous, songs like 'Mother North' and 'The Dawn Of A New Age' redefined what black metal was capable of, while proudly retaining the genre's ageless essence and aesthetic values. 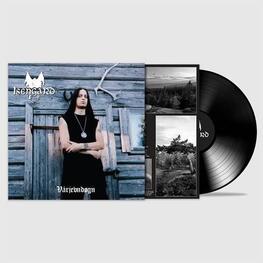