This EP came out of nowhere, and yes - we are bringing this to you on very short notice... but it's so damn good, we simply couldn't say no.

In an era where a pandemic has forced much of the world into standstill, SOM strives to remain prolific.
Following on the acclaim accrued by 2018 debut album The Fall, the quintet originally planned to use 2020 to record their anticipated follow-up.
However, lockdowns forced the tireless creatives to improvise. "We were slated to enter the studio this spring to track the album," says guitarist Mike Repasch-Nieves. "We couldn't do that, so we decided to do some songs entirely remotely." The result is the luscious new EP, Awake.

Combining two exclusive originals with remixes by beloved collaborators Holy Fawn, Hisself (Johnny Dang of O'Brother), U Dye (Marshall Gallagher of Teenage Wrist), and Giuseppe Capolupo (The Devil Wears Prada), the short collection is a triumph of self-described "heavy dream pop."
Its concise compositions balance the gritty riffs of Deftones with airy, Tame Impala-esque vocal lines, just as primed for rock radio success as they are for shoegaze-loving connoisseurs.

"Our past projects were very exploratory," explains drummer Duncan Rich. "With SOM, it's a lot more focused. Creating in a pandemic has imposed limits - it's a test of working within boundaries. How do we make something expansive, yet digestible and impactful?" The tracks are part of SOM's ongoing mission to "leave this place better than we found it."

In advance of the EP's release, SOM has unveiled a striking video accompaniment to opening track, "Awake // Sedate." Now playing at BrooklynVegan, the video was written and directed by Samia Zaidi, a queer Muslim artist and filmmaker based in the East Bay area and Los Angeles.
From examining simple meditative moments to complex cross sections within our identities and the worlds we travel through, her work aims to provide a humble and vulnerable perspective that reignites the romance with all that is casual in our daily lives.

"SOM play the kind of somber, glimmering music that exudes a heavy fog of emotion and introspection around it." - Kerrang!
"Perfect for laying in a pile of leaves while quietly pondering everywhere you went wrong in life." - MetalSucks 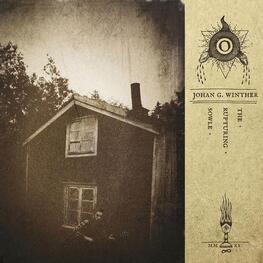