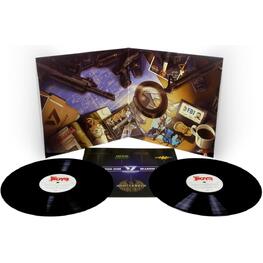 Mondo, and Madison Gate records are proud to present Christopher Lennertz score to the Amazon Original Series: THE BOYS.

Based on the graphic novel of the same name, THE BOYS tackles our modern obsession with superheroes in media with a biting satire of modern politics and the abuse of power from a fictional League of heroes who may need to be taken down a peg. Christopher Lennertz (Agent Carter, Lost In Space) has composed a blistering, propulsive score for the darkly comedic series that adeptly parodies the musical landscape of propaganda, all while being a terrific soundtrack to the ensuing action drama that unfolds when the "Supes" collide with the titular anti-heroes tasked with being their checks and balances.