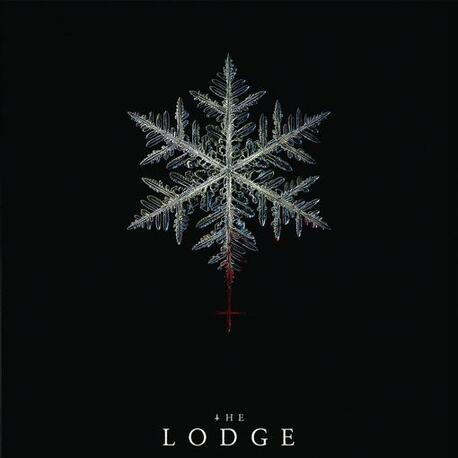 It's difficult being a stepmother at any time, so it's going to be super-hard when your predecessor commits suicide and your partner has to be somewhere else, leaving the two whippersnappers behind for you to look after. This is what happens to Grace (Riley Keough, HOLD THE DARK) in THE LODGE, the unsettling film from Veronika Franz and Severin Fiala (GOODNIGHT MOMMY). Scoring Grace's ordeal is Danny Bensi and Saunder Jurriaans, who previously brought screaming sonic landscapes to THE AUTOPSY OF JANE DOE and THE GIFT. With THE LODGE, they present a soundtrack that is often sparse and minimalist, but no less disturbing for that.

"Beginning with a distant droning that sounds unsettlingly close to ghostly whalesong, the score doesn't find the need to launch itself at you with all its fury; instead, it wants you to know how patient it is. That it'll wait. Bensi and Jurriaans slowly layer the textures, inviting metallic tones that sound like tools and wooden percussion over murky string melodies, the closest they want to get to whatever normal is. Low child choral voices, idiosyncratic and buzzing violins, all of these push to increase the claustrophobia, so that when the vibrations flit from channel to channel as they get closer and closer, you're not even sure what's terrifying you anymore. All you know is that it's in THE LODGE. With you." - Charlie Brigden, Film music critic, critiquefantastique.com