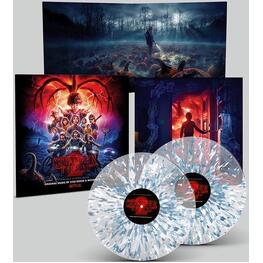 Following on from last year's success with Stranger Things 1, this score needs no introduction and is destined to be one of the biggest soundtracks of 2017...

Their second time around once again steers away from cliche, maintaining the pace they've set for themselves while subtly shifting tactics just enough to keep fans hooked.

The score is presented as a jewel case CD featuring beautiful artwork taken from the series. IMMOLATION - Here In After (CD)