The Lonely Island is proud to present the premiere vinyl release of the original soundtrack to POPSTAR: NEVER STOP NEVER STOPPING, courtesy of Mondo Music.
Including nearly two dozen original, comedic pop and hip-hop songs performed by The Lonely Island and featuring artists such as P!NK, Adam Levine, Michael Bolton and Seal, the soundtrack is pressed on 2 x 180 Gram Black Vinyl.

"Out of four possible stars, Rolling Stone has given it the sh*t emoji..." reads a scathing review from the venerable music magazine of Conner4Real's fictional second solo album. In our world, however, the music of POPSTAR: NEVER STOP NEVER STOPPING would warrant a perfect four out of four sh*t emojis as The Lonely Island lovingly skewers pop music with brilliant glee. Catchy tracks like "Finest Girl (Bin Laden Song)," "Equal Rights", and "I'm So Humble" have earned their place among the greatest music parodies of all time. 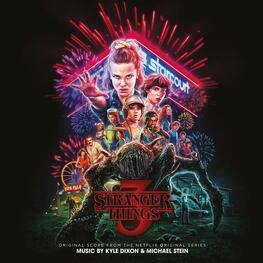