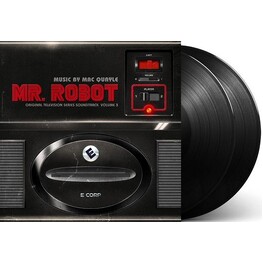 Following on from last year's Mr Robot Volume 1 and Volume 2 Invada are thrilled to bring you the latest instalment of music from Emmy winning (and 3x nominee) composer Mac Quayle. Volume 3 improves on perfection with this synth heavy soundtrack from the critically acclaimed hit TV series Mr Robot season 2.

Award Winning Art Director John Bergin has gone to the next level with his custom illustrated jacket concept and design.