The Rifts is the 3rd album of Swedish duo A Swarm of the Sun and was originally released in 2015. The Rifts is sombre and brooding, heavy and melancholic, crushing and fragile in equal measure: a bleak and beautiful
journey through the battered inner landscapes of the heart and soul: a dolorous tale of lost hopes, dreams falling apart, final moments of clarity and redemption... and appositely reflecting the current state of the world 5, years after its release - isolation.

The Rifts is the sonic manifestation of a heavy black cloud of abstract yet overwhelming feelings, thoughts, hopes and fears-- a collection of intimate reflections on a very specific, profound and personal struggle which needs to stay somewhat untouchable and diffuse, as further verbal explanations would be divesting this immense work of art of its sheer and raw emotional impact.
What initially was a handful of piano sketches, nine song titles, a few lines of lyrics and a notebook full of script-like visual references slowly evolved into something much more dense and layered.

With Karl Daniel Liden (The Old Wind, ex- Terra Tenebrosa) on drums, the band also had an immensely talented recording engineer and producer (Crippled Black Phoenix, Bloodbath, Breach), within their own ranks, and access to David Castillo and Jens Bogren's studio Gr ndahl in Stockholm. The sessions culminated with the recording of the pipe organ. The result is absolutely massive, overwhelming, cinematic and pummeling; a sinister foreboding of the emotional truths at the core of this tremendous album.

A Swarm Of the Sun is Erik Nilsson and Jakob Berglund. In 2007 the debut EP The King of Everything was released, followed by full-length album Zenith in 2010. The Rifts was written & produced by the band and recorded by Erik Nilsson and Karl Daniel Liden at Studio Grondahl, mixed & mastered by Cult Of Luna's Magnus Lindberg. Further contributing musicians are Anders Carlstrom on bass, Anna Carlsson on vocals, Minna Heimo on pipe organ and Robin Bergh on vibraphone. All artwork and videos directed and produced by the band's own Jakob Berglund. Why are we releasing this, 5 years later? Because everyone here at Pelagic agrees that in the nebulous world of post-metal, The Rifts is one of the 5 best albums ever made. We're honored to add this masterpiece to our catalogue. 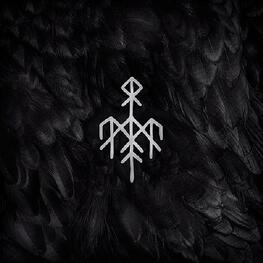 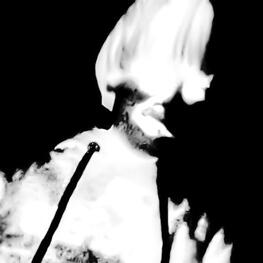