Following their second European tour for the 2016 summer hit album ?Your Wilderness?, their two European ?Your Wilderness? tours and the release of their stunning concert film recorded at the Islington Assembly Hall, ?Where We Stood?, The Pineapple Thief reissue a newly remastered, mid-price CD edition of their critically acclaimed 2012 studio album ?All the Wars?. This album marked a significant step in TPT's journey, following bigger tours including triumphant festival performances, artwork designed by the legendary Storm Thorgerson, and their extremely well received 2010 album ?Someone Here is Missing?, propelling the band's new musical endeavours.

?All the Wars? saw frontman Bruce Soord mature as a songwriter and grow in confidence, allowing him the use of a 22-piece string section and a choir. Soord explains, "no expense has been spared regarding the production of this record but at its heart it?s still a rock record. It?s very heavy in parts and very delicate and beautiful in others." Following Storm Thorgerson's cover for ?Someone Here Is Missing?, the artwork for this album features images created by the award-winning photographer Mark Mawson as part of his Aqueous series, which was projected onto Buckingham Palace as the background to Paul McCartney's performance of ?Magical Mystery Tour? during the diamond jubilee celebrations.

This mid-price CD edition of ?All the Wars? has been newly remastered by Steve Kitch at Audiomaster and is presented in a digipack packaging with an 8-page booklet. 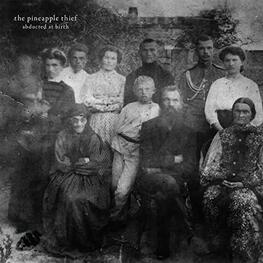