The Pineapple Thief reissue their first Kscope album, 'Tightly Unwound' newly remastered by Steve Kitch at Audiomaster, following their recent success with two studio albums featuring King Crimson drummer Gavin Harrison. August 2018's 'Dissolution' saw the band reach #1 in the UK Rock & Metal chart, #36 in the UK album chart, #22 in Germany, #4 in Platomania Netherlands and #14 in Finland's physical chart, and took them on two headline European tours including their biggest ever booking at London's Shepherd's Bush Empire. 'Your Wilderness', released in Summer 2016, achieved something of a breakthrough for the band before 'Dissolution', producing 4m+ album streams, a #7 in the UK Independent Charts and two extensive headline European tours culminating at London's Islington Assembly Hall where the concert was recorded for the live release 'Where We Stood'.

'Tightly Unwound', one of the first albums on the record label, is being reissued as part of Kscope's 10th-anniversary celebrations. It is a double vinyl set presented in gatefold packaging and precedes the band's second European tour in support of 'Dissolution' beginning on 21st February and ending on 24th March.

"there's much to be savoured here" Rock Sound (UK) 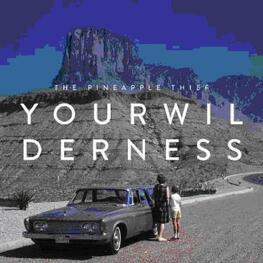