Tomahawk's third release, Anonymous, links the outfit with the Native American culture that bore its name, A thirteen-track album that reverentially explores and reinterprets the darker, more recessed ancestral music created by North America's indigenous people, the title reflects the countless individuals who contributed to these songs but went un-credited throughout history.

At the turn of the millennium, Duane Denison (U.S.S.A, ex-Jesus Lizard) toured with Hank Williams III, frequently finding himself on Indian Reservations. "I was somewhat disappointed by the Native bands." Duane explains, "They were usually very conventional, kind of blues and country type stuff, or too much like 'new age' music, I figured there must be native music somewhere that was more aggressive, spookier, and more kinetic." Duane began to research the culture's music; about a year into his research he found books that were written around the time of Teddy Roosevelt's presidency, a period in U.S, history when Indian culture and artifacts were in vogue, The books, dated to the early 20th century, recorded transcriptions of the songs contained herein, The titles: "Totem," "Mescal Rite 1," "Song of Victory" are all true to the names uncovered by the people who originally transcribed them, although Duane says "Red Fox" was altered to be more accessible, One song, "Long, Long Weary Day," is a non-Native American "parlor song" song of the same time period, and also un-credited. 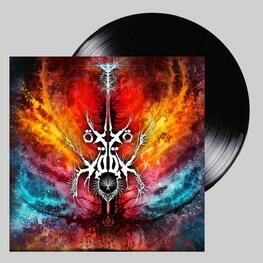