Legendary retrosynth "veteran" Tommy '86 delivers his first darksynth offering in the form of "Transhumanism", its first-ever pressing in vinyl. Combining pulsating, distorted leads that spiral and expand over jagged bass lines that cut like a knife -

"Transhumanism" is equal parts Dan Terminus hyperactivity with Perturbator's slow, crawling meditations upon rising motifs. The album's dystopian storyline takes place deep in the future, in the town of Citymulation. We track the exploits of the L.V.T.H.N. Project as its progressive A.I. attempts to mimic the human brain. With extra production assistance by Dynatron and special guest appearances by labelmates Perturbator and Dan Terminus, "Transhumanism" conjures a deep, cinematic experience that's headed towards becoming the surprise synth sleeper hit of the year.

About Tommy '86: One of the first ten producers within the synthwave scene (his first EP released in 2011), Tommy has become well-known for his high-quality, pulsating, Italo Disco sounds. Upon entering the writing stages for his third album, Tommy experimented with distortion to see where it would take him. And, the experimentation took on a life of its own. Surpassing all clones within the quickly rising darksynth scene, Tommy has churned out one of the best-of-genre entries to date - "Transhumanism." 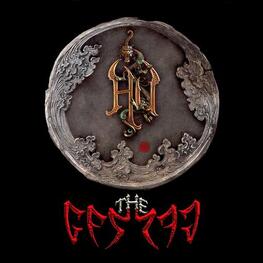