It is a fact that Uncle Acid & the Deadbeats have, in recent times, become one of the most talked about rock bands currently in existence.
It is another fact that they have become one of the most collectable bands on the planet, with first press vinyl editions of Blood Lust fetching up to and over £700 (yes, British Pounds!) on the collector's market.
Pretty remarkable for a record that is barely two years old.

Within Mind Control's blood soaked grooves you will hear shocking tales of bizarre desert ceremonies, religious brainwashing and drug inspired mass slaughter!
Imagine the original Alice Cooper band jamming in a cell with early Black Sabbath and the Stooges, whilst sitting on murder charges and you may get a glimpse into their fuzzed up world of exploding tube amps and cymbal smashing mayhem.
However, this enticing act of musical manipulation is merely the icing upon a very sick cake.

Mind Control is a concept album with a theme that makes the acts and intentions of the likes of Charles Manson and Jim Jones seem like petty crimes.
What makes Mind Control scarier than most albums is that it doesn't seem as sinister on the surface as it really is deep down within the core of its black acid-drenched world of pain and torture.
The infectious energy surges and pulverizing grooves of Mind Crawler, tell the tale of a man on a mission who has fled from Mount Abraxas after mercilessly murdering all the members of his cult. 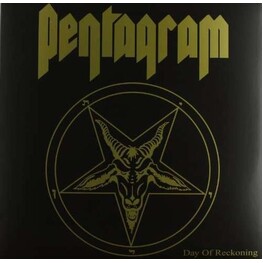